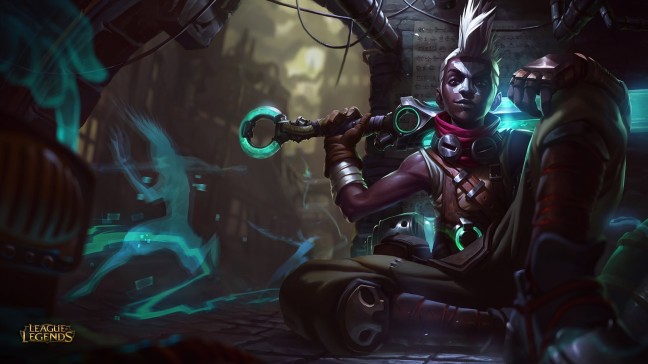 it’s time for the very first duel!! and who could be better than our boy Ekko? the boy who not only shattered time; he changed it.

Ekko was a street thug living in the slum city Zaun, which is an under city of piltover. although it has grown so much it’s practically its’ own city now. Of course not everyone agrees, least the people of piltovers who view the Zaunites to be less than worth anything at at all.

Here in the slums poachers, scrappers and other low lives gather. They may not all be on good terms with each other but they all share the same dream: to escape zaun and make a better life for themselves. Most of them dream of the luxury life in Piltover actually.

Piltover, the city of progress. 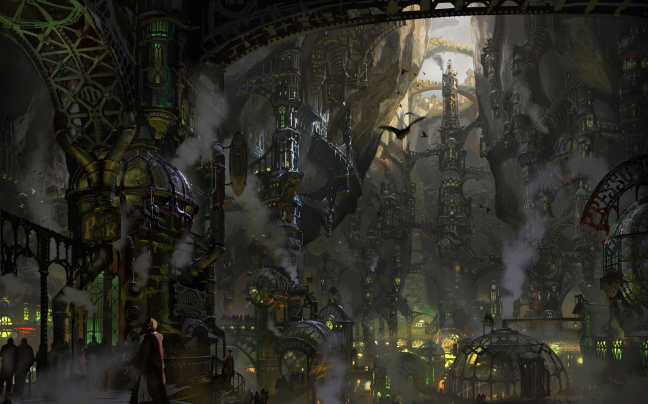 Zaun, the city of Iron and Glass.

it’s not hard to see how one who was raised in zaun might be jealous of the luxuries in piltover. Ekko was not however. He saw the potential the zaunites have, how they built something of the scraps from Piltover, how they transformed the pile of scrap and junk into Piltovers equal. Some might even argue Zaun is more than Piltover could ever hope to be.

He’s is a genius who invented his own portable time traveling machine at the tender age of 16. Considering everything he got to work with was junk and broken bottles it’s a testimony to his intelligence and sharp wit.

Although very intelligent it does have its’ price. He’s cocky, arrogant and enjoys playing with his enemies even to the point where he goes back in time only to taunt his opponent before slamming them once more. He’s also a perfectionist who won’t hesitate to rewind time once he has won to change the circumstances in his favor.

Ekko is armed with the Z-drive. A portable time machine which Ekko himself built from scraps. With it he can charge up his baton and deal massive amounts of damage even going as far as slicing though metal bolts as if he was wielding an edge weapon. A baton might be ineffective against a ranged weapon like a gun, but the Zero Drive allows Ekko to instantaneously warp reality and teleport to his target.

With the Zero Drive Ekko can split the time line and create a field where after a few seconds will stun any opponent entering. If Ekko is inside the field his opponent will not only be unable to move or react, Ekko gains a shield for a brief period of time. Even if the enemy somehow manage to react in time, Ekko is prepared to deal with it.

But do not think for a split second that Ekko only relies on his Zero Drive to his work for him. No, Ekko got the Time winder a homemade grenade which distorts time and slows down his enemies. Did I mention it’s a grenade? That is gonna hurt if it hits, ouch! It can be delayed to return to Ekko in case he misses or hit the enemy on the way back. It’s more of mini vortex in portable form.

But That is not all. Ekko still has his trumph card: the Chrono Break. A technique which lets him turn back time not only for himself, but for the entire world. Despite that, the Zero Drive is still built from junk and is vulnerable to being damaged in battle. Ekko has to manually turn the clock on his right hand to start the engine, but once he does there is nothing stopping him from go back in time. His injuries are completely healed so it doesn’t matter if he’s dead, he can still come back for more, if the Zero Drive is activated he will go back in time. He still feels the pain and has the trauma from the earlier time line so it’s not like he’s unaffected by it so hit him hard enough and even he’s gonna feel it.

While he is still human he is still far stronger than the average person. He ran from one end of Zaun to the other end in about 4 minutes.

He also does not wear a lot of armor which is a disadvantage in battle, but he more than makes up for that in versatility.

Armed to the teeth with tricks and gadgets Ekko is tough, fast and ready to take on any and all opponents.

‘’it’s not about how much time you got, it’s about how you use it’’

You’ll see in Runeterra, the continent Ekko lives in, far into the future something bad happened. Something which devastated the entire planet. In this bleak and barren world as a last resort against the inhuman enemy the project program was developed. A project which brought legends from ancient times back to life with enhanced robotic bodies.

Ekko was one of them. And he’s back, faster stronger and better than ever. As a project Ekko is far more than his old self, able to cross vast distances in merely seconds. If he only had that when his best friend died.

Some even say that the projects can transcend the corporeal form, but we have no feats of that and it was only one researcher who said it. In any case; Ekko is a deadly fighter who you can’t give any quarters to lest he comes back and kick your butt.

So who could possibly be a worthy opponent? well here she is!! 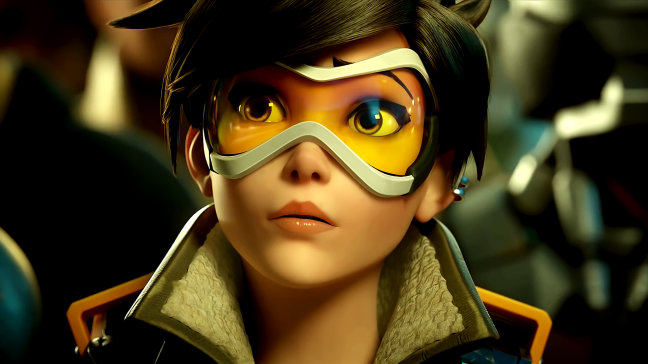 Tracer, the ace of the Overwatch theme. stay tuned as we we dwell deeper into this deadly gunslingers past and abilities to see who would come out on top in a Duel.